Seeing Azaleas AND Eagles at the National Arboretum

The BIG outdoor news in D.C. this spring has been 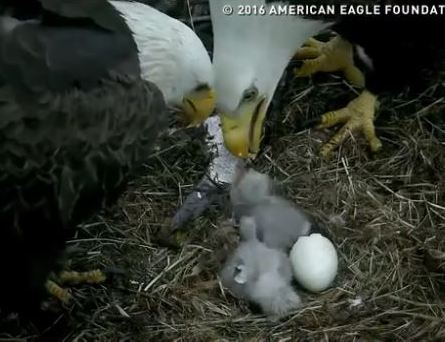 the birth of two Bald Eagles at the National Arboretum, thanks largely to 24/7 coverage of the event by the live, hopelessly addicting Eaglecam installed by the American Eagle Foundation. (Here’s the whole story of how the Eaglecam came to be and the many partners who helped make it happen.)

The Bald Eagle parents are the first pair to nest at the 446-acre site since 1947, so it would have been a big deal even without the video coverage but it’s the Eaglecam that’s mesmerized even non-birders and gotten them cameos on national news shows. 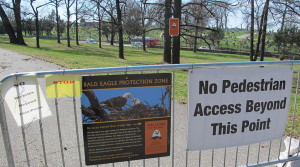 If there’s a down side to all this, it’s the location the eagles chose to start their family – in a tulip poplar growing among the Arboretum’s famous azalea collection.

So this year, visitor access to that area will be restricted. According to Eagles.org, parts of Azalea Drive had to be closed to cars and even pedestrians because they’re within the buffer zone established by federal law.

Best Views of the Azaleas

According to the Arboretum’s Sharon Dunham, “Visitors can access the lower portion of the Glenn Dale hillside and all the azaleas in the Morrison and Lee Garden areas. They can see the rest on the cameras!”

Head of Gardens Scott Aker noted that “Visitors can walk beyond the vehicle barricade to the pedestrian barricade. This amounts to a third to a half of the area planted with azaleas on the hillside.”

I asked about the tram, a popular way to see the azaleas and according to Scott:

The tram will not be travelling the customary loop through the National Boxwood Collection and Azalea Collections.  It will travel Eagle’s Nest Road (yes, this has always been the name of this road!) and half of the collections can still be seen from the alternate tram route. Native azaleas can be seen in the Fern Valley Native Plant Collection and there are azaleas in the Gotelli Conifer Collection, Asian Collections, and the Introduction Garden.

Great point, Scott, and I have a couple of photos to illustrate it. 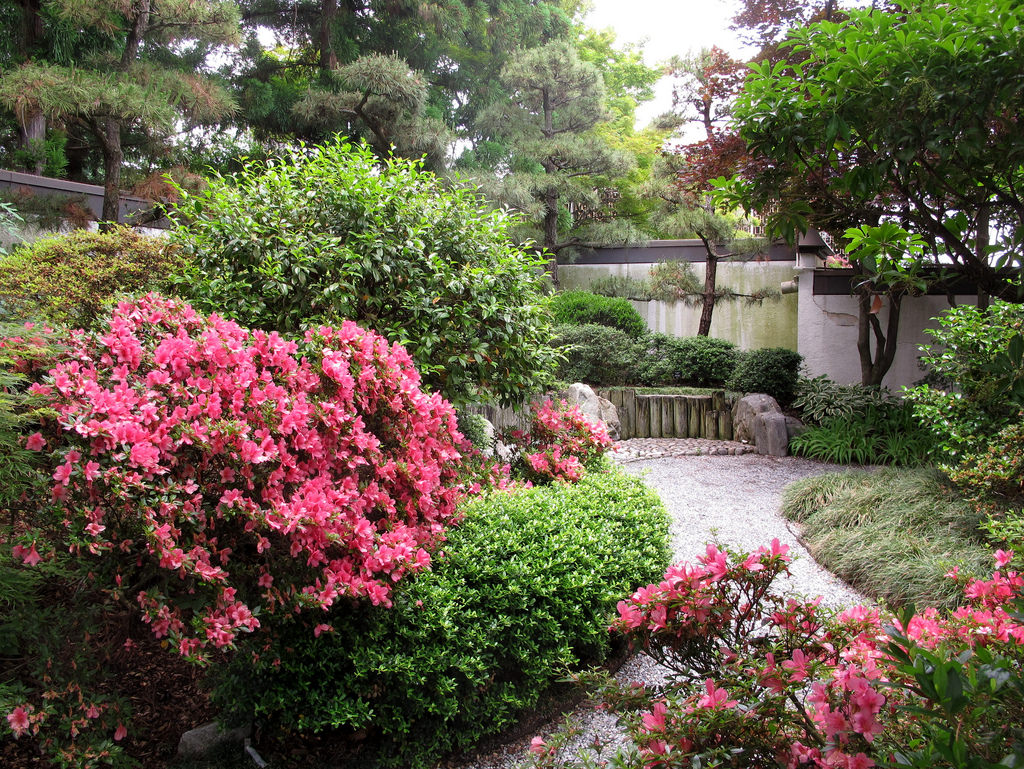 In the Arboretum’s Bonsai and Penjing Museum

In the Arboretum’s Fern Valley.

Dunham explains that the Bald and Golden Eagle Protection Act and Migratory Bird Treaty Act come into play here and it’s the former that dictates restrictive zones and what activities can occur within them. Two zones have been established with the fences shown –  at 660’ (no vehicles or other noisy activities) and at 330’ (very limited human activity, including no members of the public even on foot). She says the rule of thumb is that “Whatever activity is going on when they build the nest, that is the level of activity they will be okay with. Thus, the ability of staff in that area being able to do their jobs, with the exception of really loud noises, such as chain saws.”

I asked if the pair would return the next year. “Yes, they will return to the same nest every year, until the tree or nest falls over, then they will rebuild nearby.”

And in answer to my silly question whether the birds could be directed to a less prominent location next year, “No, you cannot ‘direct’ the eagles, they are wild birds. They need large, tall trees and access to food (mostly fish). They have a territory so the likelihood of another pair nearby, within the Arboretum, at this point seems unlikely.”

Why Eagles are Good for the Arboretum

My final question to the Arboretum staff was: Could all this eagle attention be a boon to the entire Arboretum in need of some love and money? Aker thinks so:

Yes, definitely. The eagles tell the story of the importance of setting aside spaces for public gardens, parks, and mature woodlands in our urban areas. The eagles require large, mature trees or snags to nest in; the ecosystem benefits of trees are much more substantial when those trees are large and mature.

Of course, the eagles are a sure sign of environmental improvement, and the Arboretum has long been committed to management of its 446 acres to maximize the health of the environment. This is still an urban area, and there is still much to be done to improve environmental quality in the surrounding urban areas. While the Anacostia River is much cleaner than it was in past decades, even more benefits will be realized when additional clean-up is completed.

The eagles are allowing us to engage new audiences and raise awareness for the Arboretum’s mission and the broader mission of the Agricultural Research Service in using scientific research to solve problems of agricultural production and sustainability of agricultural systems. We hope that those who have discovered the wonders of nature represented by the eaglets will take a closer look at all the wonders of the plant kingdom that we make available to them as well.