Intimate Look at the Creation of the Kennedy Rose Garden 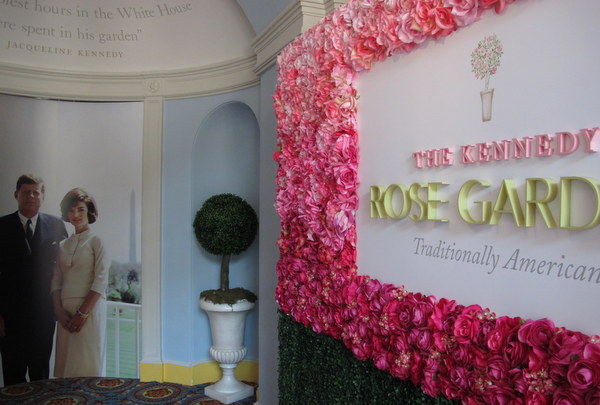 For the first time ever, the public is able to see a private scrapbook about the Kennedy Rose Garden created by Jackie Kennedy herself in 1966 as a gift to her old friend Bunny Mellon, who helped design the garden. The scrapbook has been scanned, and the 150 or so pages are the highlight of the White House Historical Association’s Kennedy Rose Garden Exhibit. 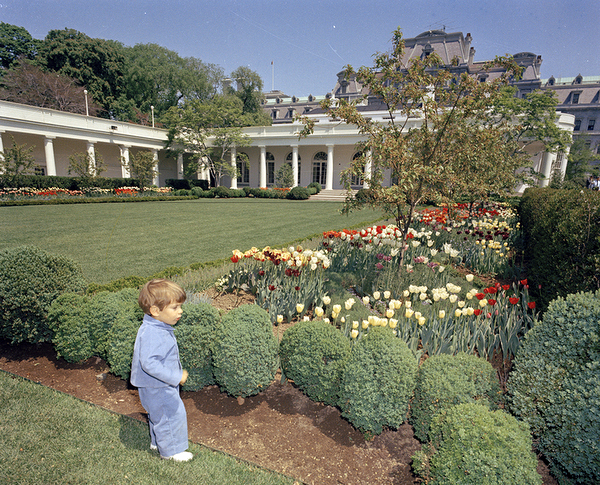 Far more interesting than I even expected, the scrapbook tells the story of the garden with photos, sketches,  plant order invoices (tulips from Viette), and very personal and moving handwritten notes, such as one about her late husband: “All his happiest hours in the White House were spent in his garden.” And this one: “Those around him have learned that the way to his heart is through his garden.” 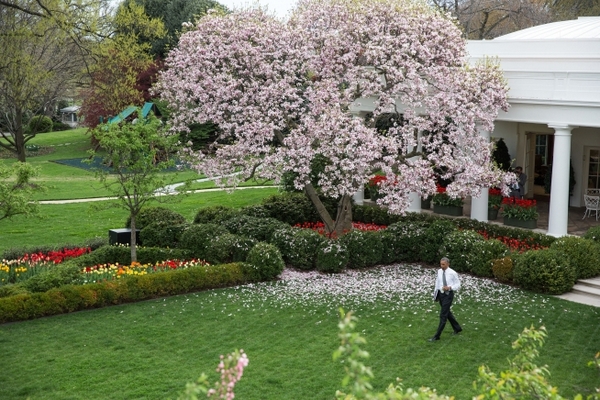 Here Bunny Mellon herself tells the story of the garden and echoes Jackie Kennedy’s earlier account of how important the garden was to JFK, who suggested it to Mellon after seeing gardens in England, France and Austria. From Mellon we also learn that when Kennedy first asked for her help in redesigning the garden he was “indulging a new interest in horticulture inspired by his reading of Thomas Jefferson’s gardening notes.”

Since Mellon’s death in 2014 (at age 103), the beloved scrapbook has been housed at the Oak Spring Garden Library in Upperville, Va., a library used by garden scholars for research. The public’s chance to see it in Washington is short, just mid-July to September 12. (So hurry.) 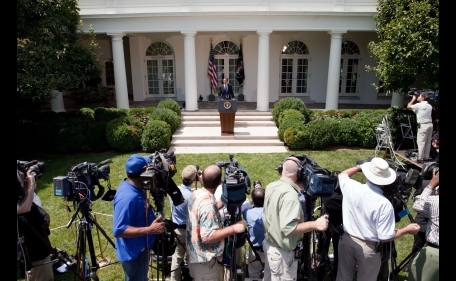 The exhibit also includes plans and notes by landscape architect Perry Wheeler, who designed the garden with Mellon, on loan from the Smithsonian’s Archive of American Gardens. Rounding out the exhibit are video footage of President Kennedy in the completed garden and a re-creation of the steps the president selected himself as a spot for formal announcements, the ones we’ve seen dozens of times on TV.

Visitors aren’t allowed to take photos of the scanned pages of the scrapbook but I managed to take some quick notes about the most interesting bits that I found in my too-brief time there.

During the garden’s installation in March of 1962, there was a mishap the likes of which regular gardeners thankfully don’t have to contend with. Workers cut the cable to the Strategic Air Command – the hotline that set off the nation’s military alert – which led to an emergency, off-the-record meeting between JFK and his military chiefs. The New York Times reported the alert and according to Jackie’s notes, took another two days to discover that the problem was in the garden. The follow-up story was titled “Atom War Alert Ended in Seconds.”

I later read in Bunny Mellon’s own account of the making of the garden that “We learned that the cable had been hastily installed during World War II by the Navy. Records of its location were inaccurate, hence our innocent intrusion.”

So I guess they couldn’t just “Call Miss Utility” about it. 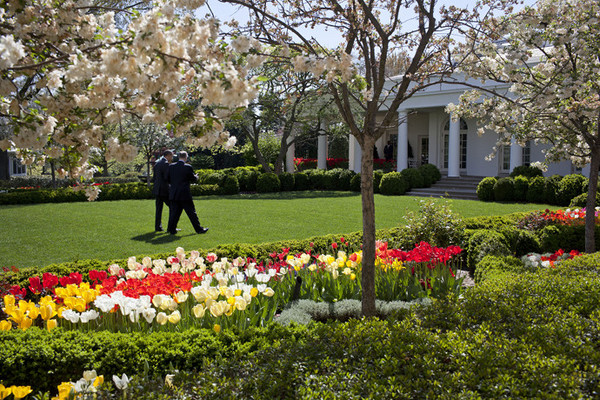 My other favorite story says a lot about Washington – that anything here can be politicized. After the garden’s opening and a magazine story about it, one newspaper reported that there were ”Angry letters to the White House from conservatives who wrote that the president was unfairly using his garden to win flower growers to his side.”

These days that just makes gardeners laugh. While political attacks can be just as off-the-wall today, I can’t imagine that particular accusation being made now, there being no “flower-grower” contingent of the electorate worth mentioning.

On seeing the plans and plant lists, one notices that the garden isn’t truly a rose garden, since it’s primarily turf surrounded by borders filled with flowering plants throughout the season – tulips, then roses, then annuals – plus cherry trees and magnolias. I learned that over the garden’s several iterations, roses have been the only consistent plant, so the name stuck.

And a more important question is: Will scanned images of the memory book ever be available online? Because this is a fascinating bit of garden and American history. One hopes.

More Photos and a Family Video

Rummaging around the JFK Library I found this 11-minute silent video of the family playing in the White House fountains and gardens, from April of 1963.

This unofficial website about the Rose Garden has a large collection of photos.