Big Bus Washington DC is a popular way to see the sights of Washington – including stunning public
gardens and landscape memorials. So for plant-lovers, a local garden writer has compiled these tips and images of the best gardens along the Big Bus route. Just refer to stop numbers and names. 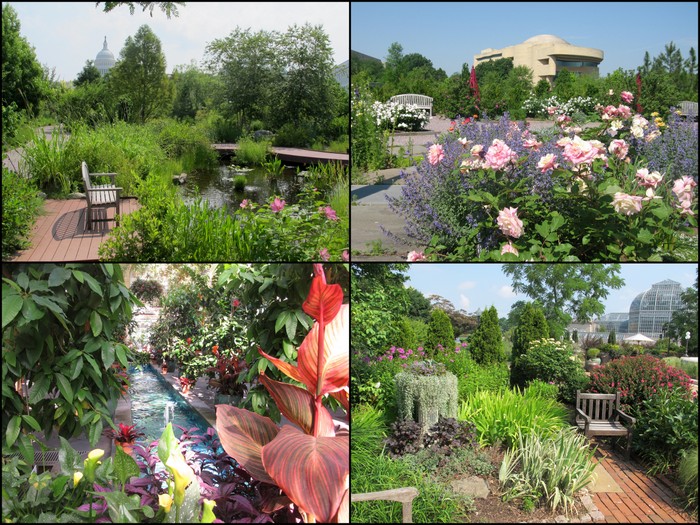 Leave lots of time to see the U.S. Botanic Garden, at the foot of the Capitol. Top attractions include the Rose Garden, an all-native Regional Garden, inside the Conservatory, and across Independence Avenue, Bartholdi Park, a favorite of local gardeners. This is the second-most visited botanic garden in the U.S.

3. Museum of the American Indian 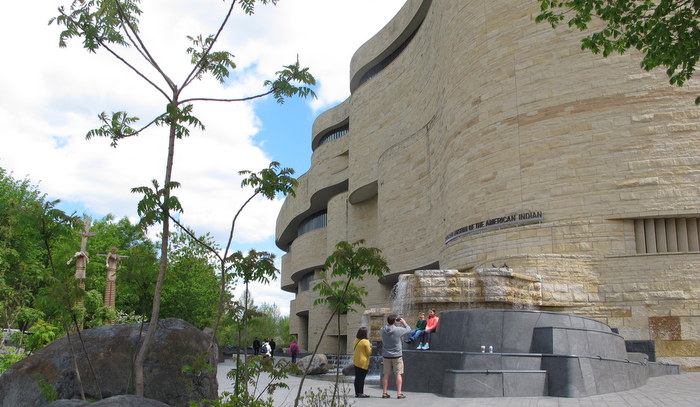 The Native Landscape at the Museum of the American Indian includes four habitats: upland hardwood forest, wetland, cropland, and meadow.

Nearby is the Disabled Veterans for Life Memorial, which opened in November of 2014 and immediately drew raves. It’s beautiful and moving. 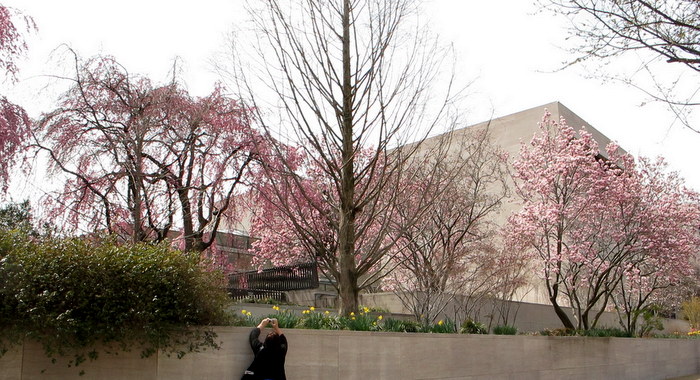 Gardens on the Mall side of the Air and Space Museum are appreciated for their flowering cherry and magnolia trees in the spring and the stunning bark of their river birches in the winter. 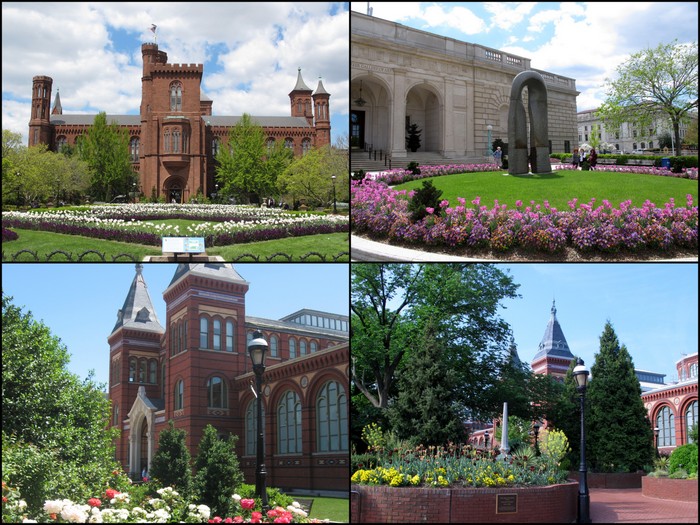 There are terrific Smithsonian Gardens at this stop, including the entrance gardens at the Castle and Freer, a rose garden near the Castle, and the serpentine Ripley Garden just east of the Castle – another big favorite among local gardeners. 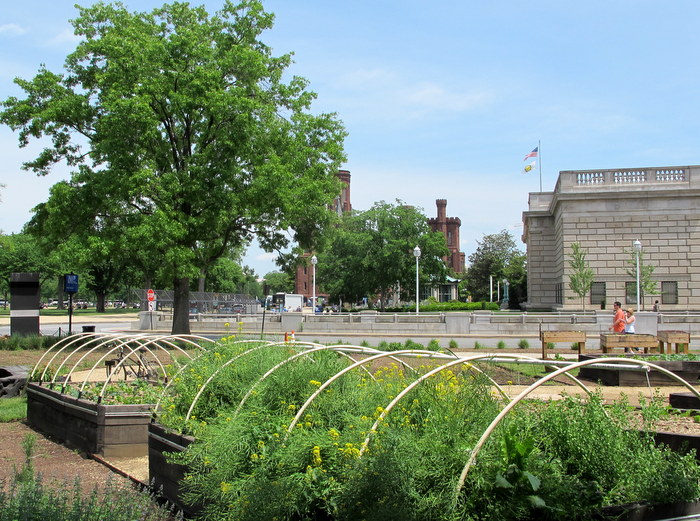 Across the street from the Smithsonian Metro entrance is a vegetable garden, one of the USDA’s many People’s Gardens. It’s adjacent to the USDA’s Farmer’s Market, open Fridays May-October.

7. Bureau of Engraving and Holocaust Museum

Between these two attractions and the Tidal Basin are a “Tulip Museum” in the spring and beds of drought-tolerant perennials in the summer. 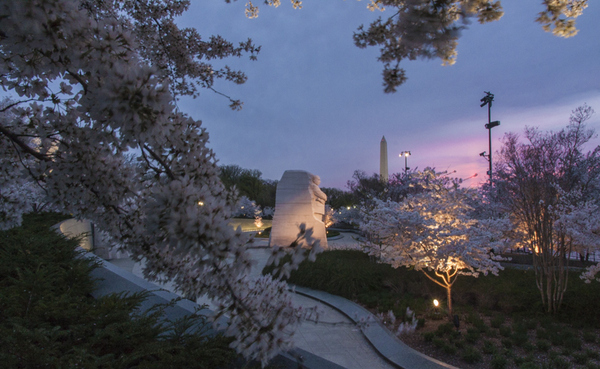 The Martin Luther King Memorial opened in 2011, so its trees and smaller plants are still filling out but already, its cherry blossom show is impressive.

Just next door is the Franklin Delano Roosevelt Memorial, a favorite of locals. Designed by the world-famous landscape architect Lawrence Halprin, it’s a series of water-filled garden rooms, each telling the story of a different Roosevelt administration. 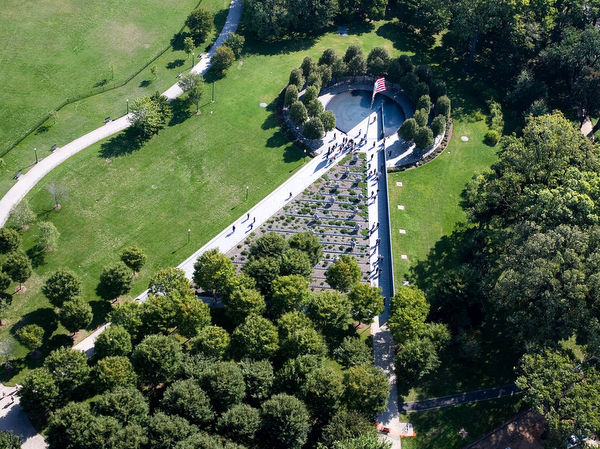 This landscape-style memorial was dedicated in 1995.

The Vietnam Veterans Memorial also exemplifies the new landscape-style memorials that’s winning design competitions and converts to a new style. Though controversial at first, its modernist design by 21-year-old Yale student Maya Lin came to be extremely popular with veterans and the general public. It was dedicated in 1982 and in 2007, the American Institute of Architects ranked the memorial #10 on their list of America’s Favorite Architecture. 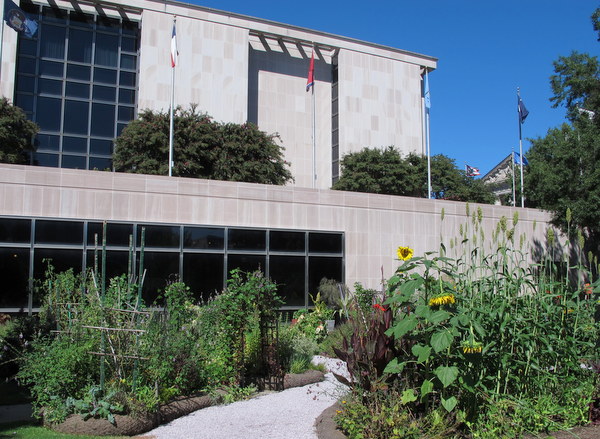 The American History Museum’s Victory Garden, authentic to the types of victory gardens grown during WWI, is located along the museum’s east side.

Constitution Avenue is much prettier thanks to these tropical plantings along front of the Natural History Museum. 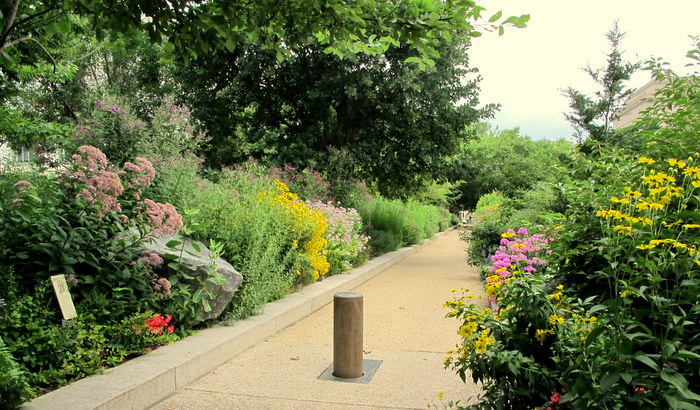 Also at this stop is the Smithsonian’s Butterfly Habitat Garden, which runs along 9th Street between Constitution and the Mall. It’s a complex and stunning garden for all pollinators, not just butterflies, and succeeds in a very tough spot.

The National Gallery of Art’s Sculpture Garden combines art, plants and a fountain for cooling off or ice skating. In the summer it hosts free jazz concerts on Friday nights.

One of DC’s top hidden gems is the Bishop’s Garden at the National Cathedral. It’s worth a visit any time of the year.